Yarg owes its name to a moment of inspiration. Bodmin Moor farmer Alan Gray first produced it in the 1980s after finding a 17th century recipe for nettle wrapped cheese in his attic. Spell Gray backwards and you have the answer as to how Yarg was named.

Our newest cheese Kern  means round in Cornish and also happens to be the first four letters of Kernow, the Cornish for Cornwall.

Lynher Dairies is owned by Catherine Mead. The business moved to a new state-of-the-art dairy near Truro in 2006. We started making Wild Garlic Yarg and Stithians cheeses shortly afterwards with Kern’s development starting in 2010.

As well known makers of artisan cheese in Britain, we were elevated to world famous status in 2017 when Kern won Supreme Champion at the World Cheese Awards. 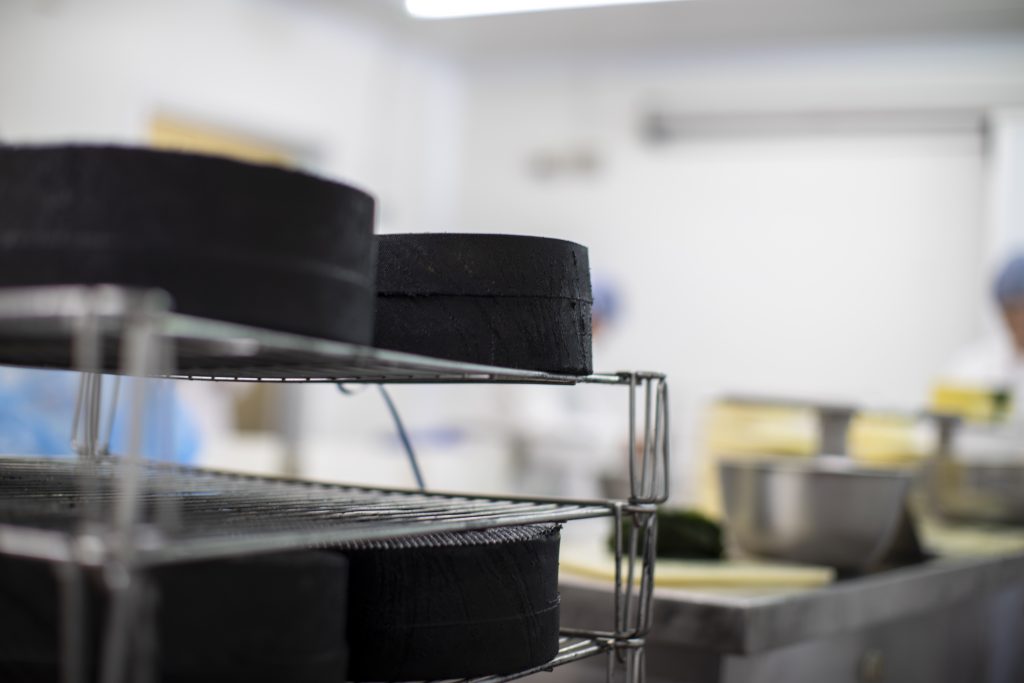